The Bay Area has to be among the most dog-friendly destinations in the country. After all, the world’s first dog park first opened in the East Bay city of Berkeley in 1979 and yes, there are actually more dogs living in the region than there are children. In fact, the East Bay may be the best spot to pamper your furry friend in the entire Bay Area. While not all dogs enjoy being groomed or staying in a pet hotel while you’re away, the following are five of the very best places to spoil your dog by allowing them the freedom to roam without a leash.

One of three very popular dog parks within four miles of one another, features a 17-acre off-leash area with spectacular views of the San Francisco Bay. Located on a former landfill that juts out from the Berkeley Marina, the bayside park covers a total of 90 acres with an abundance of trails, including a paved, wheelchair accessible trail around the perimeter. A very popular spot for kite lovers, the park also features picnic areas available on a first-come, first-serve basis, a multi-purpose turf area and the yet-to-be-completed César Chávez Memorial Calendar, that serves as a celebratory site to honor the life and legacy of the noted California labor leader and civil rights activist, César Chávez . Point Isabel, the largest and most popular dog park in the East Bay is about four miles north of the park, just past the Golden Gate Fields race track. 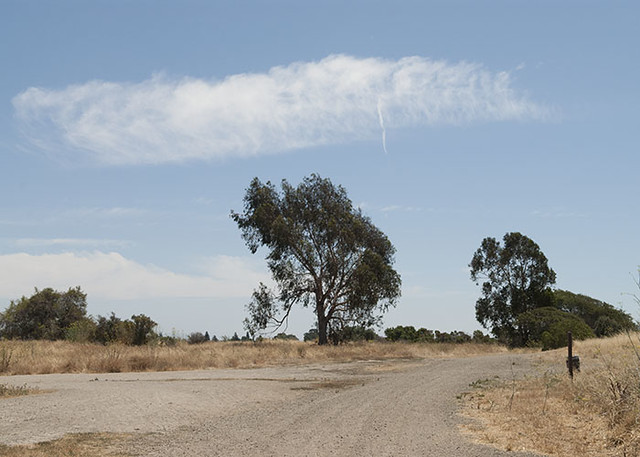 Another former bayside landfill that transformed into a popular local park with a spacious off-leash area is Oyster Bay Regional Park. Known for its diversity of wildlife and sweeping bay views, the park managed by the East Bay Regional Parks also has an interesting vantage point of the Oakland International Airport, allowing visitors and their dogs the opportunity to watch several arriving and departing passenger planes. Although large trucks are frequently seen as part of the District’s ongoing efforts to build up the park’s topography, Oyster Bay Regional Park is noted for being far less crowded than other popular East Bay spots and with a much better chance of finding a place to park.

If the East Bay had an amusement park expressly created for dogs, that place would be at Point Isabel Regional Shoreline. That’s because this 23-acre dog park overlooking San Francisco Bay is said to be the largest off-leash dog park in the country, attracting well over one million visitors annually and the vast majority of them bringing along their dogs. Consistently named one of the best dog parks in the nation, Point Isabel can be overcrowded on weekends and holidays. Yet, if dog owners arrive early in the morning or during the weekdays, it has to be the best place in the East Bay to pamper man’s best friends. To spoil the furry friends even further, there’s also a Mudpuppy’s Tub & Scrub, a dog washing and dog-specific retail store, along with the obviously dog friendly Sit & Stay Cafe. Just south of the Point Isabel dog park are Albany Bulb and the neighboring Buchanan Dog Beach, both very popular East Bay spots for responsible owners and their dogs and both well worth visiting.

Extending across 1,830 acres in the forested hills east of Oakland, Redwood Regional Park is a perennial favorite for dogs and their owners. The prominent park is a segment of one of the few public open space agencies in the country that allow dogs off leash, under voice control and offers nearly 40 miles of hiking trails, much of which are off-leash areas. The few exceptions where dogs are not permitted are the Redwood Arena and the Redwood Stream Protection Area along Redwood Creek to protect the native rainbow trout habitat. Additionally, dogs must be on leash within 200 feet of any trailhead, parking lot or other developed areas, in addition to the Serpentine Prairie Resource Protection Area. Of the several entrances into Redwood Regional Park, only the main entrance on Redwood Road charges a minimal vehicle parking fee and a dog fee on weekends and holidays from April through October.

Tilden Regional Park is another segment of the East Bay Regional Park District that’s best known as the jewel of the system. One of the three oldest parks in the District, Tilden, as it’s often simply called, offers a similar amount of hiking trails as Redwood and allows dogs off leash and under voice control in undeveloped areas. Extending 2,079 acres into two East Bay counties, Tilden also offers several other attractions, such as an antique carousel, steam train rides, a golf course and a swim facility at Lake Anza. While the beach area and swim facility is off limits to dogs, Lake Anza is known to have trails areas around the shoreline for dogs to swim. However, the Regional Park District advises dog owners to keep dogs away from the water through the summer of 2016, due to the presence of toxic blue green algae.

Related: 5 US Trips For Just You And Your Dog

Randy Yagi is an award-winning freelance writer covering national/international travel for CBS Local and all things San Francisco for CBS San Francisco. In 2012, he received a Media Fellowship from Stanford University. He may be contacted via Twitter or Linkedin .