(CBS NEWS/CNET) – If there’s a non-hero member of the Justice League, it might just be the Batmobile, the ultimate superhero vehicle and a legendary character in its own right.

READ MORE: Sabrina Spellman Makes An Appearance On The CW's Riverdale; Kiernan Shipka Reveals 'Fans Will Get Some Clarity'

On Sunday, “Justice League” director Zack Snyder shared a photo of the Caped Crusader’s cool ride on social media platform Vero, and someone seems to have spent a little time upgrading its firepower capabilities since last year’s appearance in “Batman v Superman: Dawn of Justice.” 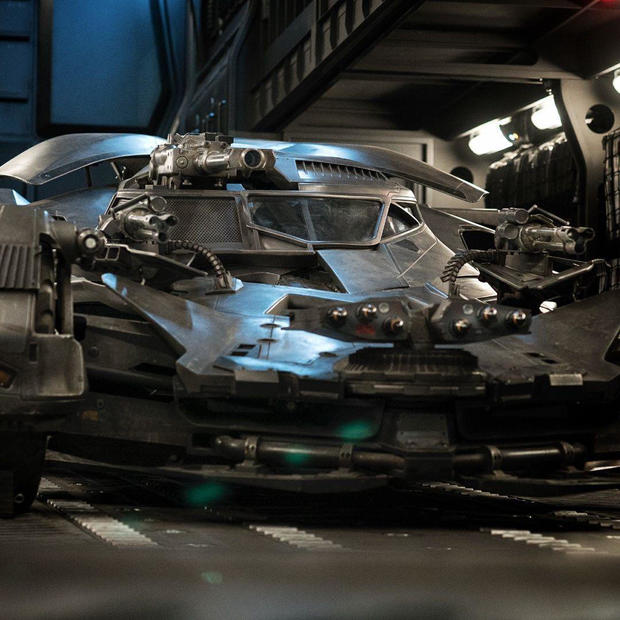 And the director doesn’t want to hear any complaints from a certain Gotham City billionaire.

”Upgrades… what are you worried about Wayne,” Snyder wrote in the photo caption. The famed Batmobile now has major weaponry built into the hood, so nobody better cut off Bruce Wayne (Ben Affleck) as he cruises to Starbucks on Saturday morning.

True Batmobile fanatics can compare the photo with this toy version covered by CNET last month when it appeared at Toy Fair.

And his Vero post right before the Batmobile picture is of a modern, glass-walled structure, with the caption, “This is the Bruce Wayne house we built from scratch based on the Farnsworth House.” (The Farnsworth House is an iconic one-room home-turned-museum in Illinois designed by noted architect Ludwig Mies van der Rohe.)